Dr. Robin Wilcourt: We Are Eating Ourselves To Death "Almost everything you know about health, diets and all the other things that you're meant to be doing to keep healthy are absolutely dead wrong.

We're eating ourselves to death and we're bringing our kids up on this crap. And so we're setting the stage for them to die early.  We are now looking at the first generation of children who will die earlier than their parents.
This has never happened in human history.  It's just unacceptable and we can't afford it and our little humans deserve better than to be brought into this world only to be set up to die of diseases they don't have to get. "
-- Dr. Robin Willcourt 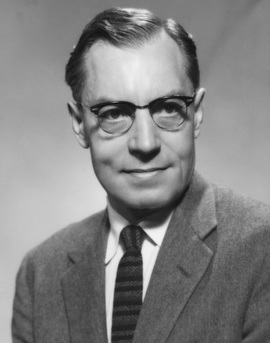 One key thing about the Bulletproof Diet is turning everything you think you know about health upside down.  TV commercials feed us trash, telling parents that cereal is the best possible breakfast for kids.

This is why we tell people who want to get into Bulletproof Coffee that if you have a difficult time letting go of what you "know" about health, the diet will not work for you.  The old thinking that fat is bad, and that wretched phrase we accepted as truth -- "whole grain goodness"; these things will stand in the way of real health.

The bottomline is: it isn't about weight loss-- it's about moving towards your best health yet; and the weight loss and energy boost are just part of the multitude of 'bonuses' you get.

Here is part of the transcript from this awesome conference held by Dr. Robin Willcourt at the Bridgeworks Leadership Breakfast.

"It began tragically with one simple thing that should have been amazing. In 1976, the American Government convened together a large group of people to try and figure out what was causing heart disease in the United States. It was a massive epidemic of cardiovascular disease. Heart attacks occurring all over the place.  And two groups of industry went to war with each other. One was the cattle industry and the other was the grain industry.  Now sadly, a dreadful human human being by the name of Dr. Ancel Keys had already made up his mind about what caused heart disease, so it was a case of 'Don't confuse me with the facts because my mind is already made up."

Of course, rabbits don't eat cholesterol foods, so it was no surprise whatsoever that if you feed rabbits food they don't normally eat they might actually have a bad reaction. And in this case, they developed cardiovascular disease.

Well, when the senate hearings were held, the cattlemen were winning the argument. There were so many physicians and scientists around the United States who said man needs a high fat diet and sugar is toxic. In the cover of night, while everybody was fast asleep, the senate convened again and they were persuaded very much so that the United States could make a fortune as a grain producer by exporting those grains to the rest of the world.  And instantaneously, grains won.  So Ancel Keys managed to change all of human history.

This is amazing. We have been living a chaotic life for the last 40 years all due to one man's crusade and greed coming into the picture. This whole dietary food pattern that we've been eating today is based entirely on politics and the least bit on health.